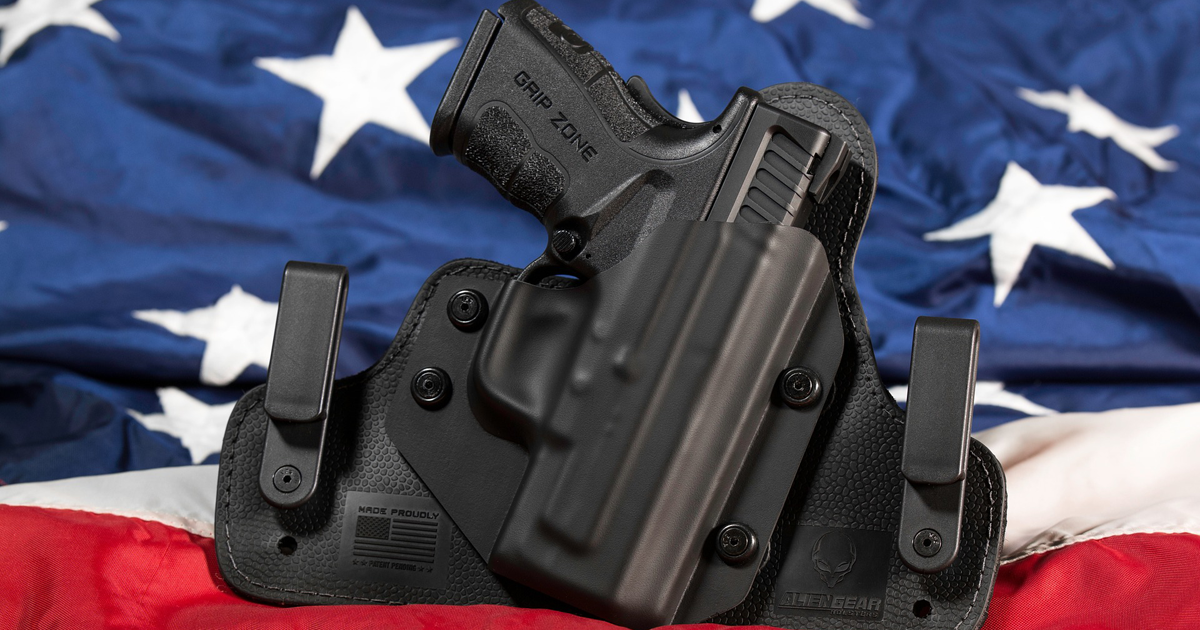 It is far more vital to control evil in America than it is to have stricter gun control in America.

Every time there is a mass killing in this great country of ours, the angry mob with pitchforks and torches take to the streets — or to the internet, these days — to cry out for gun control in America.

That is, unless the mass killing was perpetrated by a pressure cooker bomb in Boston, a Home Depot rental truck in New York, or a commercial airliner into the World Trade Center.

In which case, the mob expresses sadness but remains mum on outlawing pressure cookers, rental trucks and airline travel.

They stay quiet on non-gun mass killings because those calling for gun control in America are focusing on treating the symptom, not curing the disease.

I get it, believe me. As a conservative man, I held a very liberal view on gun control until recently.

I hate guns. I always have and probably always will. Guns were specifically designed and created to kill things. That’s what a gun’s purpose is. That doesn’t mean a gun’s owner has to fulfill its purpose, though. It just means that every object was created for a reason, and for guns, that reason was to kill.

However, even though I hate guns, as a constitutionalist, I recognize and adhere to the Second Amendment and every American’s right to own firearms. There is one underlying principle that remains as true today as it was more than 200 years ago when the Bill of Rights was ratified: guns offer protection and serve as a deterrent.

In colonial days, the protection needed was from foreign invaders — specifically the British. In modern times, that same type of protection is needed, but from domestic intruders.

Leave guns in the hands of trained professionals?

“But why do private citizens need weapons? Why can’t we leave guns in the hands of trained professionals like the police and military?”

That’s a two-part question that is often asked and seldom understood. I used to wonder this myself, prior to my own evolution on the issue of gun control.

Let me give you an example of why I used to feel so hesitant to support gun ownership for private citizens.

One of my biggest irritants in life is driving. Or — more specifically — drivers. Drivers are careless, discourteous lawbreakers who are self-absorbed in their own world that they often get distracted from following the rules of the road.

Or, they just don’t want to abide by the rules. Either way, it’s maddening. If I had a list of 10 pet peeves, nine of them would be related to driving.

Worst of all, the majority of traffic accidents that occur are a result of negligence or distraction. Meaning, they’re not really accidents at all. Somebody made a poor decision to do something they shouldn’t have, and they could have hurt or killed another human in the process.

So, my thought process as it pertained to guns was this: If people can be so careless and reckless with something that was not designed to kill — cars — then how much more dangerous would they be handling weapons that were designated as such?

As my view on gun control evolved, I realized that there are a number of things in life that humans will misuse, but that doesn’t mean we should remove them from everybody’s possession to compensate.

Why should a few ruin it for the majority?

If gun control in America were completely eradicated, I promise you that guns would still exist within the borders of this country for the duration of your lifetime.

Because do you know who would still possess them? Criminals. You know, the “bad guys” who don’t care about law and order and couldn’t care less what the government says.

Thus, who would be there to prevent and combat gun violence? The police? They’re badly outnumbered as it is. Plus, by removing guns from the hands of private citizens, you also remove deterrents from criminals to commit more armed crime.

We need to cure the disease, not just treat the symptoms

Guns are not a disease, even though anti-gun advocates will attempt to convince you otherwise. They are inanimate objects incapable of doing any harm unless used to do so.

If a man takes a knife and butters a piece of bread, do we call that knife “good?” Of course not. Thus, if that same knife were used to kill someone, we wouldn’t refer to it as “bad.”

It’s not the object that is good or bad … it’s the person that uses it that earns that distinction.

Gun violence is a symptom of a greater problem. And removing guns from society will not cure the disease, it’ll only dull the effects of the symptom. In fact, it won’t even remove the symptom because, as I stated previously, bad guys will still get their hands on guns and attempt to commit violence with them.

Instead of focusing on symptoms, let’s get to the heart of the disease in this country.

America has a culture problem

The real problem that our country faces is one of morality.

Ask Republicans and Democrats about gun control in America and you’ll get two different talking points. But ask those same individuals whether the perpetrator of a mass killing was committing an “evil” act and the response would be unanimous.

Evil is the cause of mass killings. The weapon of choice is not.

A pressure cooker is not a source of evil. One who uses it to make a bomb is.

A rental truck is not a source of evil. One who drives it into a crowd of people is.

An airplane is not a source of evil. One who flies it into a building is.

And likewise, a gun is not a source of evil. One who aims it at innocent people is.

Instead of focusing all our attention on changing gun control in America, we really should be examining how to change and improve the morality of the culture in which we live.

And most importantly, it needs less idolatry and more God.

America would be in much better shape if it loved and revered God more. We’d be in a far better state of mind if we prayed and read scripture daily. And we’d be kinder to one another if we followed Jesus’ lead.

Did you hear that? That was the collective rolling of the eyes of every non-believer in the country.

That’s fine. Scoff if you’d like. I can’t force anybody to alter their free will or to believe in God. But I defy anyone to read the Gospels and point out how America would be worse off if it followed the examples of Jesus.

Men and women who love their neighbors and serve one another don’t commit acts of mass violence against their fellow citizens.

Gun control could use some tightening of nuts and bolts

While owning a gun is every American’s constitutional right, I do believe that there are steps that can be taken to ensure that all gun owners recognize the grave responsibility that comes with possessing one.

For starters, I’m all for setting the age requirement for purchasing a firearm to 21 years old, with an exception granted to those serving in the military.

The first argument that gun owners make when told the age requirement should be 21 is, “Why should Americans be allowed to join the military at 18, but not be allowed to own a gun at home?” Which is why I think granting an exception to those trained — extensively — by the military would be wise.

Why the age requirement? Quite simply, humans mature as they get older. There are exceptions, of course. But in general, a 21-year-old is going to be more mature than an 18-year-old, and hopefully any ill feelings or bouts of anger that are circulating in one’s body have had time to dissipate by then.

Secondly, there should be extensive testing done before granting a permit to possess a gun. Drivers go through classroom work, written tests and driving exams before they can get a licence to drive. And that’s just for operating a vehicle. How much more sensible is it to increase the level of testing, training, and education to operate a weapon?

Third, there should be severe penalties for violations of any laws in this country. If someone breaks a law or sends up any kind of red flag, they should be blacklisted and prohibited from purchasing a firearm. (This, of course, won’t stop them from getting their hands on a weapon illegally if they’re that hellbent to do so, but why make it easy for a lawbreaker to acquire one?)

The world will never be 100% evil-free, of course, so measures have to be taken to keep the country safe.

But taking away guns is not such a measure.

If you take away citizens’ right to bear arms, you give criminals the free reign to commit armed felonies anywhere they choose without any kind of deterrent.

Think about it: if a criminal knows that guns are illegal, he’ll know that he can take his illegal firearm anywhere he wants to go, commit a crime, and not fear getting shot by a good citizen.

If you take away guns but don’t take away the evil from the gun owner, you create a slippery slope:

We have to fight evil. The Bible says “Hate what is evil; cling to what is good.” (Romans 12:9) The heart of the problem in America is a problem of the heart. And until we change that, no amount of gun control is going to save us from evil.