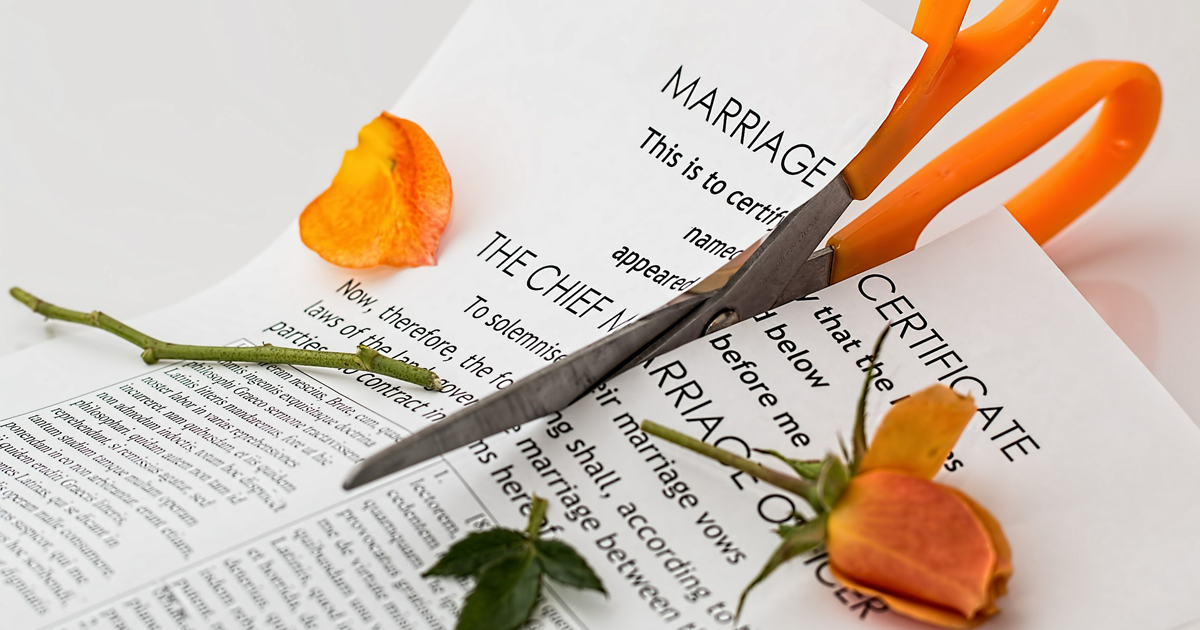 As a devout Christian man, one who believes highly in the sanctity of marriage, I have little tolerance for the dissolution of marriage for any grounds outside infidelity, abuse, or acrimonious religious discrepancy.

Thus, after reading an article on Politico about how lawyers are counseling couples — those who are considering a divorce — to call it quits this year for advantageous financial reasons, it strikes a nerve.

Apparently, under President Donald Trump’s new tax plan — the Tax Cuts and Jobs Act — there is a decades-old tax deduction for alimony payments that will go away in 2019, which in effect would make divorces more costly.

I have a simple solution for this: don’t be so quick to abandon ship due to “irreconcilable differences.”

Every marriage experiences problems, and it’s none of my business to tell married couples how to handle those issues on an emotional level. But I do believe in my heart that God doesn’t want spouses to walk away from one another simply because the adversity is uncomfortable.

Marriage is a covenant

Marriage is a covenant. It’s a bond between two individuals who exchange vows. Vows are not some lighthearted way of saying, “I really like this person and I think we’re good together.”

No, it’s something much stronger than that. Modern culture has made a mockery of the word “vow.” It’s trivialized it into some kind of cutesy commercialization depicted in movies as something someone says rather than something someone does — or prepares to do for the rest of one’s life, til death do they part.

In the old days, a vow meant something that was of the utmost importance to you, upon which you’d stake your name and reputation, that which you’d fight to fulfill at all costs.

As a Christian, one who acknowledges that God made man in his image (Genesis 1:27), I know how important it is to pay attention to God’s teachings and to be the kind of man he intended me to be. Thus, when God makes vows — or “covenants” — with his people, he does not break them. The Bible is clear about that and it is something to take seriously.

Republicans do care about family values

In the Politico piece, the opening sentence reads: “Republicans may pride themselves on upholding family values, but their new tax law could soon lead to a surge in married couples calling it quits.”

It is true that Republicans, many of whom are Christians — although non-Christians can place importance on family values as well — do, indeed, uphold family values. And to blame a tax law for leading to a surge in divorce is a dangerous and careless accusation.

It is not the fault of lawmakers for any couple filing for divorce. It is the couples’ fault. This is a blatant example of Americans blaming others for the consequences of their own decisions. It is an egregious error in judgment to assume anybody outside of a marriage is directly responsible for the breakdown of the marriage itself. To assume that kind of causality is to admit a lack of accountability and ownership from the spouses in the marriage.

Let no man separate what God has joined together

When God created Eve for Adam (Genesis 2:22), the Bible says that man “is united to his wife, and they become one flesh.” (Genesis 2:24) Later, Jesus would say to the Pharisees, regarding the topic of divorce:

“But at the beginning of creation God ‘made them male and female. For this reason a man will leave his father and mother and be united to his wife, and the two will become one flesh.’ So they are no longer two, but one flesh. Therefore what God has joined together, let no one separate.” (Mark 10:6-9)

The Bible is very clear about the importance and sanctity of marriage. It is not to be taken lightly, but that’s exactly what many in our culture do. It has become too easy for Americans to attain a divorce, thus there has been little incentive for those contemplating a split to put in extra work or to live sacrificially in order to make their marriages work. Therefore, I have little empathy for those who are concerned that the Tax Cuts and Jobs Act will wipe away the alimony deduction and possibly cause a more expensive divorce.

In my opinion, this premise — forging a causality between the tax plan and a potential surge in divorces — is just another desperate attempt to discredit the good work that President Trump has been doing for America.