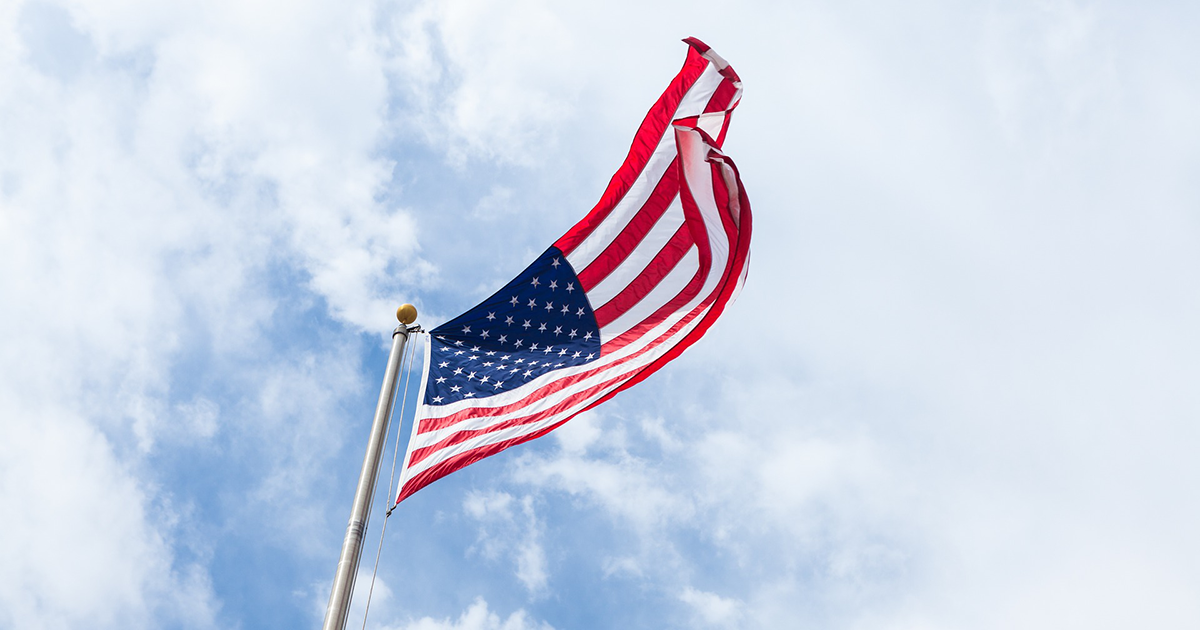 The 2016 Presidential Election could bring about a more radicalized version of America completely foreign to what the Founding Fathers had envisioned.

My wife and I have a baby boy named Everett. He turns six months old today.

Perhaps it is fitting that today is also America’s 2016 Presidential Election Day.

Everett is pure and innocent, unscathed and unafflicted by the evil and corruption in this world. He’s a happy boy who is enjoying the sights and sounds of his surroundings. The biggest problem in his young life is when he wakes up hungry and we can’t get a bottle in his mouth quick enough. Or, when his Baby First TV show goes to a commercial break and he has to sit through a barrage of advertisements featuring humans instead of two-dimensional cartoon characters.

Annoyance with commercials is an ageless feeling, I guess.

When we look into his eyes, just like any parent does their child, we see a dependent little being who is going to rely on us for all his needs for nearly two decades before he develops the tools to take care of himself.

At the moment, he is a piece of unmolded clay waiting to be shaped and sculpted. He’s a sheet of blank white canvas paper ready for someone to fill in with detail. Or, more appropriately, he is a sponge who will be soaking in everything his five little senses can absorb, answering questions along the way such as: “Who am I? Where am I? And what the heck am I doing here?”

This is why, as Americans head to the polls today to elect the 45th President of the United States, I’m on the edge of my seat with anxiety as we await which candidate will be leading the country during Everett’s first four complete years in this world.

I’ve heard candidates for more than 20 years use the rhetorical question, “What kind of country will we be leaving our children?” To me, this never resonated because I haven’t been a parent until this current election cycle. I’ve always shrugged off that question and figured I’d let everyone else worry about that. I wanted America fixed right now.

This is why I am nervous for Everett. I’m not so sure he will be left with a better America than the one his parents or grandparents have had.

The national debt is mounting, as our government borrows and spends money as if it were Monopoly currency. Gun violence seems to be ever-growing and spreading like wildfire. Police officers are under attack and criticized for their handling of a very difficult job, trying to maintain law and order so our society doesn’t dissolve into chaos. Terrorism is alive and (not) well, spreading across international borders and hitting first-world countries. Taxes keep rising and affect our cost of living. Health care costs are through the roof. There’s less spending cash in Americans’ pockets, smaller savings accounts, and weaker and bleaker retirement living.

“…and I think to myself, what a wonderful world.”

What a disaster this election cycle has become. I am disappointed in Republicans and Democrats alike for the two candidates that they nominated. And for two candidates who have such high unfavorability ratings — even within their own parties! — I am just shocked by the “voice of the people” and how we got to where we are today.

I’m not a historian, but this country couldn’t possibly have been any more divided than it is today — this side of the Civil War.

One side of the aisle wants to preserve the Constitution as it was originally intended. The other side wants to rip it up and start from scratch. I’m a firm believer in the Constitution, what it stands for, and what the Founding Fathers had envisioned for this country, but surely there is a common middle ground somewhere.

Certainly we understand as a society that times change and civilizations evolve but basic human rights, morals, and principles are timeless.

What frightens me most of all for Everett and all his future generational brothers and sisters is that this country is growing more apathetic toward religion and faith. By no coincidence at all, I feel our country’s moral standards have gotten weaker and almost non-existent.

Sure, our society is trying to shape up the conversation into one word: tolerance. And as it pertains to disagreements in opinions, personalities and preferences, tolerance is a wonderful thing. But tolerance doesn’t mean we automatically agree with everyone’s demand to do anything they want all the time.

Our society has an incessant drive to call Christmas trees “Holiday trees” because we don’t want to offend non-Christians. We also can’t say “Merry Christmas” to people because it’s more “politically correct” to say “Happy Holidays” — we might offend a non-Christian otherwise. Or what about certain schools across the country that give students the Friday before Easter off, but they don’t call it “Good Friday” because that apparently offends non-Christians. Instead, they call it a “day of non-attendance.”

If our First Amendment gives Americans the right not to practice faith, it sure as heck gives us the right to practice it. But if we get scorned and rebuked for openly expressing our faith, that’s not exactly promoting religious liberty and “tolerance”, is it?

Religious liberty is certainly being persecuted in this country and is being devalued and belittled in comparison to other forms of civil liberties.

It’s been said that the next President of the United States could appoint up to four Supreme Court Justices, which means the balance of power in the Court could shift dramatically and change the ideals and principles of this country for the rest of my lifetime, as well as a large chunk of Everett’s and other babies and kids in his generation.

I fear where our country is headed and how dramatically different the country might look. For those of us who are believers in Christ, we may be facing an uphill battle to practice and preach our faith in the face of mounting scorn, ridicule and persecution. (Yes, we live in a more civil world where the persecution we face is nothing like what Christians in the first century faced. But, it’s persecution nonetheless).

In addition to the struggle for religious liberty, I also fear the breakdown of law and order in this country as well as rising societal discord and growing disobedience.

The amount of young Americans who “play by their own rules”, fail to exhibit common courtesy, want something for nothing, lack accountability and responsibility, and who are willing to step over their own neighbor to get their hands on whatever they desire, is growing at an alarming rate.

We as parents have a duty to raise our children to be good, moral, upstanding citizens. To have respect for one another and learn to be selfless beings.

That is going to be a very difficult task for current and future parents, but a challenge I’m willing to rise to nonetheless.

Let’s just see how difficult that figures to be when election results are tallied by the end of the night.